From the beginning, faith has been the intersection between the perception of our being and his transcendental perception of life, from its beginning to the end. It stood at the birth of great civilizations and is also represented in the culture of natural nations. Aborigines, for example, described the term dreaming, which dealt with the relationship between the spiritual, natural, and moral parts of the world. The rituals of the cultures of consecration were alternated by symbolism, on the basis of which we can identify synonymous elements connecting faiths. These symbols define not only the existence of God or the soul, but also space. In order for chaos to become a homogeneous space, it must be sanctified. It is a sacred place connecting the three cosmic levels of the earth, the sky and the underworld, through which passes a kind of cosmic axis.

“Sacred is not only faith in God, it means the belief that God not only created this world, but that it manifests itself in it through heirofany – stones, objects. That is, things that, unlike other ones, contain signs from God. ” Mircea Eliade

But can any space be consecrated? Is this sanctification determining our creative activity, or is it given solely by force majeure? Two artists, Jan Pančocha and Richard Kučera Guzmán, rely on these considerations, presenting collaborative work in a civil protection shelter. Both are connected by an analytical-constructivist approach in creation and a broader connection with the projects they are working on.
The artists created some kind of altars, on which symbols of the underworld, earth and sky are gradually carved with marks. The entrance to the room is accompanied by a spoken text from one of the authors and introduces the viewer to the issue of sanctification of the place. The labyrinth of altars, the symbolism in ancient Greek and the final object – the topos is created from matter consisting of one of the totems. 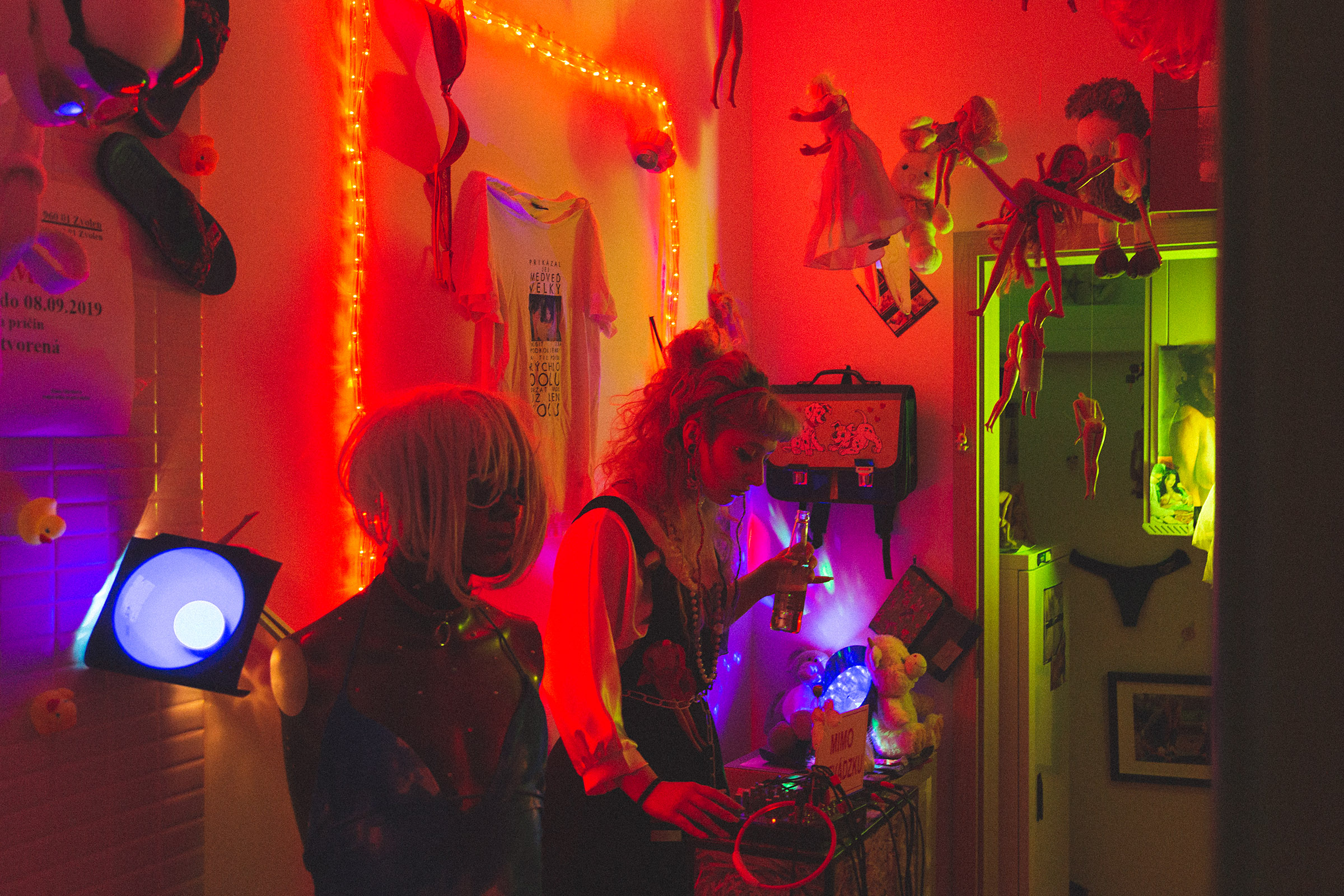